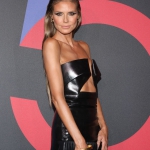 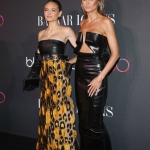 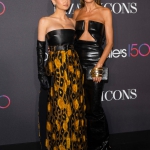 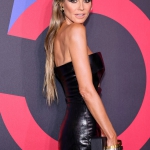 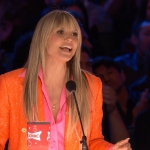 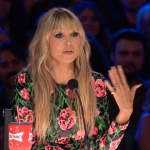 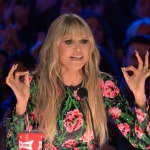 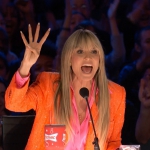 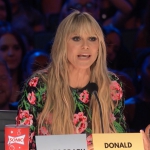 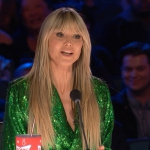 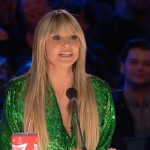 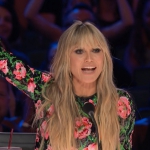 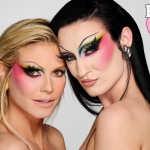 Prior to becoming famous as drag queen Gottmik, thanks to a stellar performance on season 13 of RuPaul’s Drag Race, celebrity makeup artist Kade Gottlieb counted on his close-knit support network to help him come into his own.

“I would not be where I am today, with my sexuality and my gender identity, without the allies around me that took the time to listen to me and support me in the ways that I needed,” Gottlieb, 25, tells PEOPLE in this week’s issue about the people who gave him the courage to be public about his journey as a trans man.

Gottlieb — who uses she/her pronouns when in drag, and he/him pronouns when out of drag — became the first trans man to compete on the Emmy-winning reality series, ultimately tying for third place.

The feat was made possible, thanks in part to Heidi Klum, one of his high-profile clients who helped him the develop the confidence to go from makeup extraordinaire to drag superstar.

“[Heidi] is the exact idea of what an ally should be: open, listening, supporting in whatever way possible and there for you,” Gottlieb says.

Klum, 49, was in need of a makeup artist when she was chosen to host the 2019 German drag competition Queen of Drags, and knew Gottlieb was the right person for the job.

“I wanted to wear drag makeup, but at the same time, I wasn’t sure if I was allowed to,” Klum explains, noting that she asked Gottlieb for guidance.

It was that level of respect that quickly made the supermodel a trusted confidant for Gottlieb.

“It’s always nerve-wracking, especially in the workplace… and she was just so accepting,” he recalls of being able to open up to Klum about his transition. “Anytime I would go back to my older clients, like as I started the physical transition and I was nervous about them seeing me again, I was like, ‘Heidi is Heidi f—ing Klum and the most receptive person to my story ever, so if she can take it, anyone can take it.’ And if they don’t, I don’t really want to have them be my client anyway.”

Klum chimes in, “Exactly, those people we don’t care about.”

For Klum, it was important to “ask questions” and understand Gottlieb’s journey. “You want to know not just for yourself, but because I also don’t want to step on anyone’s feelings by saying the wrong thing,” she explains. “I was just wanting to know more, and you were willing to tell me more.”

Gottlieb realizes many people “are scared to ask questions and scared to offend people,” but wants to be able to answer questions and educate in hopes of moving the queer community forward.

“It’s so cute that you were just wanting to be respectful, and it’s the perfect example of what an ally is: it’s just respectful listening, asking questions and being open to everyone,” he says.

Getting to work with Klum was a “full-circle moment” for the life-long fashion fan, who grew up worshipping the more “over the top and out of the box” moments from her modeling career.

“Every time I saw you in any magazine or anything, it looked like you were dancing and always just so happy, and I loved that energy,” Gottlieb tells Klum.

Gottlieb soon discovered that she also exuded that same aura in person. “She’s like a light in this world,” he says of the America’s Got Talent judge. “I feel like that’s what the queer community always wants to see – someone that’s living life to the fullest, inspiring, happy, successful and gorgeous, and that’s you.”

Klum notes that the pair bonded over their appreciation for “the artistry of transformation,” never wanting to “blend in,” and their shared love for the commitment that drag queens put into their craft.

“I love them for who they are, what they stand for, that they’re free,” she says. “Everyone should do whatever they want to do, no one is hurting anyone, let everyone be themselves. So I’ve always celebrated people being who they want to be.”

Gottlieb is grateful for Klum’s allyship and for “just spiritually, emotionally being there for me,” making him feel like an important part of her world.

“[She’s] always happy inviting me over to her house, just hanging out, just truly the sweetest angel ever,” he explains.

Klum adds that it “warms my heart” hearing what she’s been able to do for her friend, while Gottlieb muses that she “is just a person that genuinely wants to help people, realizes her platform and wants to support every artist in every way possible.”

“I feel like that taught me what an ally should truly be,” Gottlieb says. “I would not be who I am without her.”

If you have any photos, magazine scans, captures, etc that you would like to donate to the site, feel free to send them our way!

Our email: heidiklumonline@hotmail.com
Please include how you would like to be credited (link, nickname, etc)

Heidi Klum Online is an unofficial fansite. We have no contact with Heidi, her friends, family, representatives, etc. This site is made by fans for the fans. All images in the gallery belong to their respectful owners and no copyright infringement is intended. All content and graphics are copyrighted to SAK unless otherwise noted.