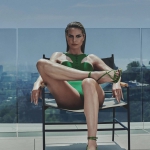 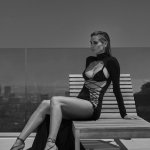 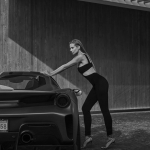 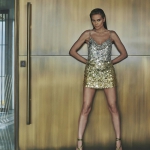 Heidi Klum models in the new Dundas lookbook and she’s every inch the Los Angeles TV star in the photos: wearing full hair and makeup poolside and rocking stilettos with her cut-out maillots. The bathing suits are a new category for Dundas, but there is no extension more natural for his body-con aesthetic. Cannes watchers will have already seen photos of Natasha Poly at the amfAR gala wearing his Coco Royal dress, a sultrier version of his best-selling side-lacing number in which the lacing twists around to the torso, exposing a matching but separate bikini bra top. Klum wears a mini version of the Coco Bijoux in hot pink with a spangled bra.

“I didn’t want a complicated story, it’s resort,” Dundas said. “I make clothes that allow a woman to feel sexy and feminine and still feel strong.” Klum won’t be taking business meetings in his highlighter pink pleated trousers and black bra top, but there’s no denying it’s a boss look. For the most part, though, this collection was focused on a softer sort of dressing: jersey minidresses and matching leggings or clingy jumpsuits with as many cut-outs as his swimsuits. “Comfort might be the one positive thing we’ve maintained from the pandemic.” Proof that Dundas’s clothes are comfortable: It wasn’t just Natasha Poly who got her hands on the Coco Royal dress before its lookbook debut. Rihanna wore the mini version in Barbados about a month before she had her baby. 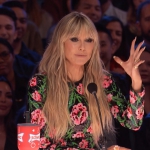 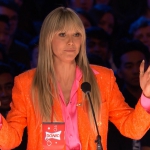 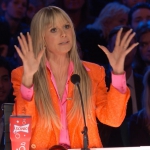 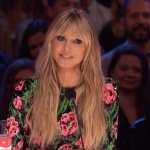 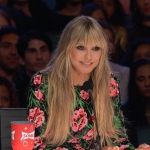 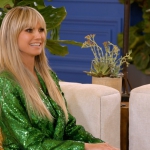 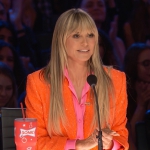 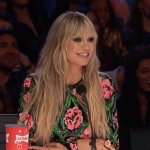 Heidi turns 49 today and we want to wish her the best of birthdays! We wish happiness, health, love! 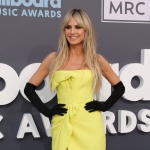 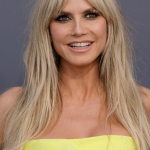 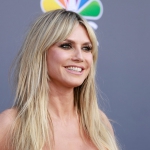 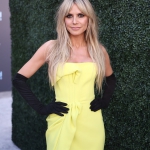 If you have any photos, magazine scans, captures, etc that you would like to donate to the site, feel free to send them our way!

Our email: heidiklumonline@hotmail.com
Please include how you would like to be credited (link, nickname, etc)

Heidi Klum Online is an unofficial fansite. We have no contact with Heidi, her friends, family, representatives, etc. This site is made by fans for the fans. All images in the gallery belong to their respectful owners and no copyright infringement is intended. All content and graphics are copyrighted to SAK unless otherwise noted.